A little COVID fallout didn’t stop hot dog eating champ Joey Chestnut from breaking his own record this year — despite the fact there was no crowd — ’cause the guy did just that and then some.

JC took top honors (again) Saturday at the annual July Fourth Nathan’s Famous Hot Dog Eating Contest — which saw the dude down 75 dogs in 10 minutes … beating his own previous benchmark of 74 from last year. It’s his 13th title total … so basically, a G.O.A.T.

During the festivities, he also hit another food vacuum milestone — his 1,000th career dog! The feat wasn’t without its hiccups (damn near vomit fests), but he held off ’til the end. 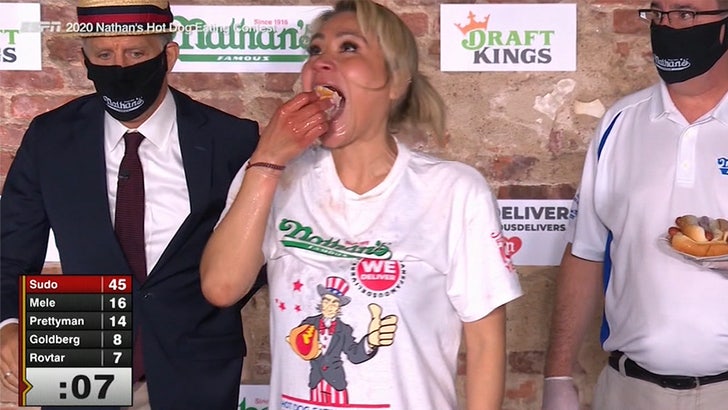 BTW, Joey wasn’t the only making history this weekend — there’s a women’s champ too … the one and only Miki Sudo, who downed 48.5 franks … which easily beat the competition.

This year’s event was unique in that there were no ticketholders or spectators (aside from the eaters’ own teams, of course) … which made for a somewhat muted performance. There was also plexiglass between the competitors — so pretty distance friendly we’d say. 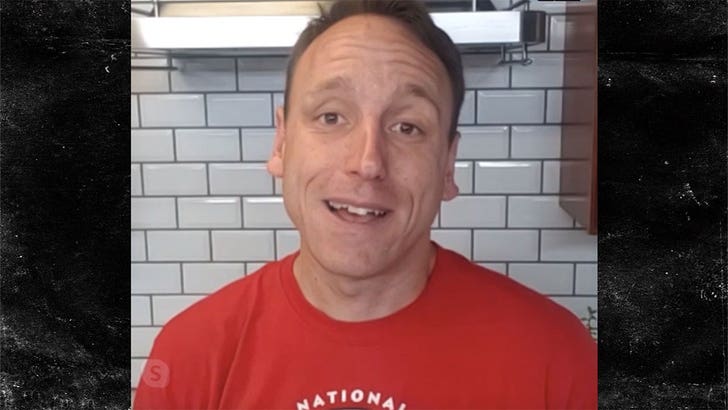 The only downside to Saturday’s dog chugging event was that Joey did NOT live up to his promise to TMZ Sports earlier in June, when he said he’d hit 77 dogs no problem.