LeBron James will be repping Kobe Bryant when the NBA season restarts Thursday night … wearing a #24 finger sleeve on his left hand.

Bron has been honoring Kobe with the sleeve since Mamba passed away back in January … but wanted his fans to know he’s keeping the tribute alive in the NBA Bubble in Orlando. 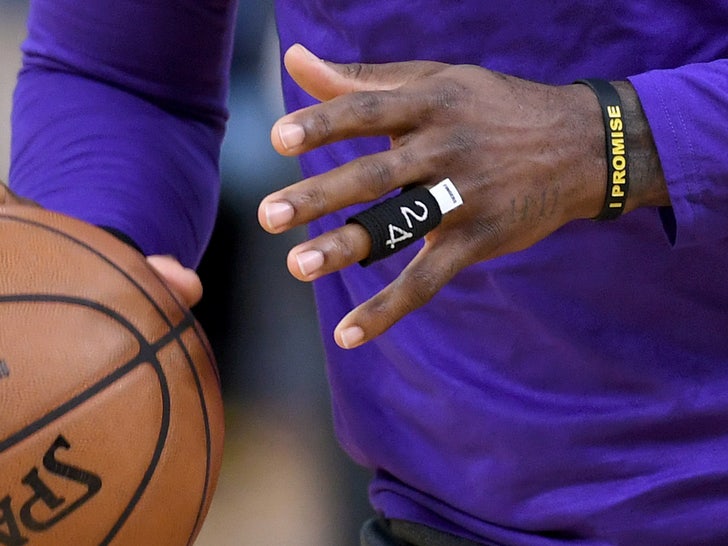 “Stucc in the Grind! The Marathon Continues tonight and forever. Let’s Get It,” James posted on IG with a photo of the finger sleeve.

The lyrics are a tribute to another late L.A. legend, Nipsey Hussle.

The Lakers will rebegin their season Thursday night against the L.A. Clippers — both teams are favorites to win the NBA title.

Kobe and his daughter Gianna died on January 26th in a helicopter crash in Calabasas.

LeBron — and really most of the NBA — was devastated by the loss. With several high profile players getting tattoo tributes to honor the legend.

In fact, Bron and his Lakers teammate Anthony Davis got similar Kobe Bryant tattoos on their legs in the weeks following Bryant’s death.

The Lakers — and every other team in the bubble — will play 8 “regular season” games before the playoffs begin.

At that point, the playoff tournament will run in the usual way.